Lynn Bender is the man behind GeekAustin.org, a community for Austin's high-tech industry. The site contains news and postings of interest to the technical community, as well as information on the numerous real world events GeekAustin.org hosts.
#GeekAustin.org #Lynn Bender
In the early 1990's, Julie Fergerson managed the help desk for IBM's Austin office. She was bothered by the inefficiencies of their systems, so she began using web technologies to reduce costs and improve technologies. In doing so, she created perhaps the first corporate internet.
#ClearCommerce #IBM #Julie Fergerson
Note: This is the first in a series of biographies of and interviews with the people who made things happen in Austin's early internet history. H/T to William Leake of Apogee Search for the idea behind this series. Prior to 1990, Steve Jackson was known as the the man behind Austin, Texas based Steve Jackson Games, publisher of the games Car Wars, Illuminati, and GURPS. Then, everything changed.
#EFF-Austin #Steve Jackson
The Texas Longhorns kickoff to the UTEP Miners to start the game on Saturday, September 26, 2009. Did I mention it was hot?
#UTEP Miners
It was a brutally hot afternoon at Darrell K. Royal-Texas Memorial Stadium, with lots of empty seats (yet somehow more than 101K in attendance). Those of us there did our best to cheer the Longhorns as they took the field to play the UTEP Miners.
#Longhorn Band #UTEP Miners
As always, the Wife and I were in Section 127 (upper deck eastside at about the 28 yard line). As usual, I brought a camera with me to take some pictures. We started at the north gate to see the coaches and players walk in.
#David McWilliams #Garrett Gilbert #Jordan Shipley #Mack Brown
Saturday evening, September 19, 2009, Darrell K Royal-Texas Memorial Stadium hosted the largest crowd ever to attend a game in the state of Texas (101,297 official attendance). I shot this video of the opening kickoff to capture the environment.
#Sergio Kindle #Taylor Potts
I've been going to Texas Longhorns football games for quite a few years now, and I can't remember a season opener with such comfortable weather. The temperature was mild, and the little bit of rain we got felt nice and wasn't enough to actually wet anyone down. Prior to the game, the Wife and I watched the Longhorn players and coaches enter the stadium. Then it was up to the University of Texas Club for some pre-game food.
#Colt McCoy #Garrett Gilbert #Jordan Shipley #Roddrick Muckelroy #ULM #University of Louisiana-Monroe #Vondell McGee #Will Muschamp
Wednesday evening, the Texas Longhorns football team held an open practice at Frank Denius Fields (southeast corner of 26th Street and Red River) from 7pm to 9pm. Although it was raining prior to the practice and for the first thirty minutes of the practice), it looked like as many as two thousand people showed up. I stayed for the first hour and came home with the following pictures.
#Adam Ulatoski #Colt McCoy #Dan Buckner #DJ Monroe #Garrett Gilbert #Greg Davis #Jordan Shipley #Ryan Zych 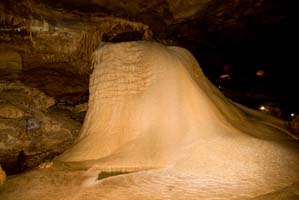 The Wife was off on Thursday, so the two of us drove to Georgetown, Texas to take one of the tours at Inner Space Cavern. This series of caves was discovered by the Texas Highways Department while they were surveying for Interstate 35. We took the Adventure Tour, as the Explorer Tour was sold out for the day. As usual, taking pictures was one of my main goals. Unfortunately, the tour guide kept us going at a fairly fast pace. As a result, I only got wide angle photos, not the close-ups I really wanted.
#Inner Space Cavern