For those that don’t know, there is an interesting convergence of celestial objects occurring right now. The two brightest planets, Venus and Jupiter, have been moving closer and closer together over the last few weeks. Tonight and tomorrow night, they are only two degrees apart.

It was a tough night for astrophotography. The convergence occurs just after sundown, and only lasts two or three hours each night before it sets. As the sun was going down here in Austin, the cloud cover was fairly heavy, especially to the southwest where the convergence was happening.

I had given up shooting the convergence tonight and was just going to try shooting tomorrow. I was walking past my back door, looked out the window, and there it was. The skies had cleared.

After showing the bride what I was so excited about, I grabbed my Nikon D200, a selection of lenses, and my tripod and headed out the door way underdressed for the fifty degree temperatures.

The clouds came and went and came again around the convergence, so the shoot was challenging. 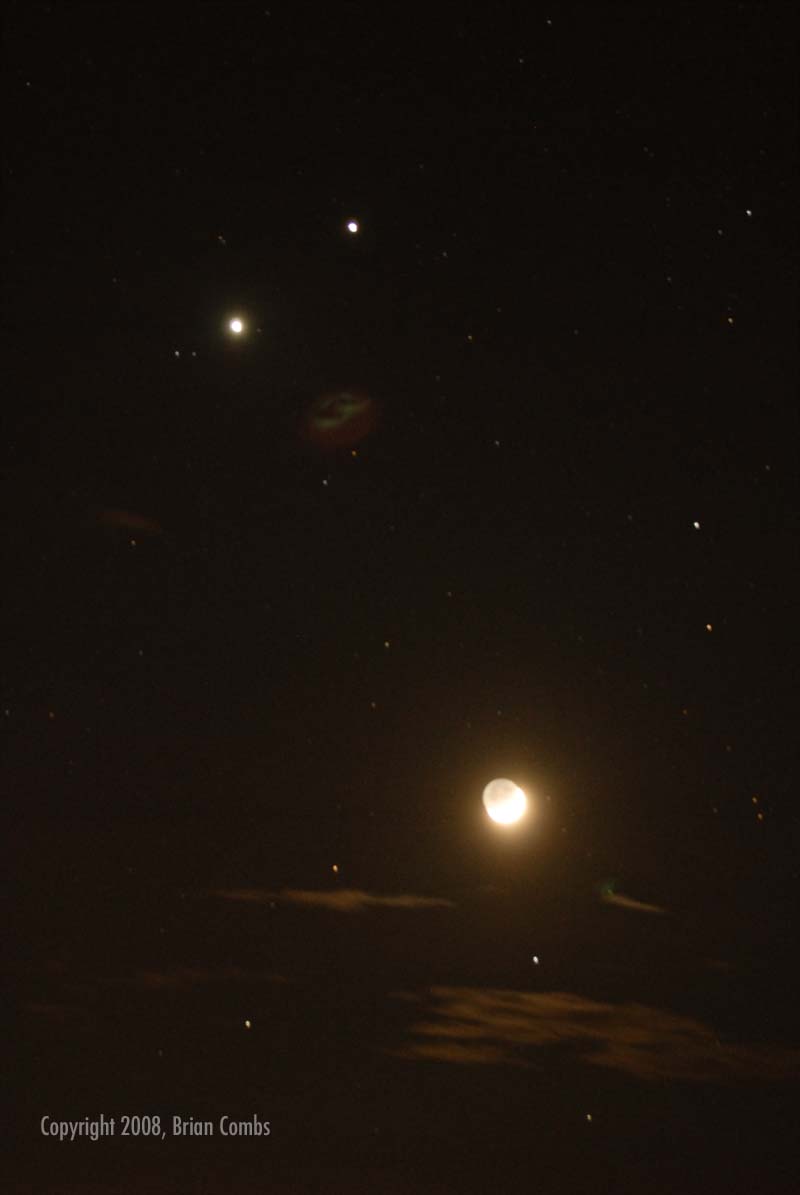 The brightest object in the lower right is the Moon. It’s actually a sliver of a crescent right now, but it’s so much brighter than the planets that pulling them into the right exposure tends to overexpose the Moon.

Of the two planets in the upper left of the image, that’s Venus at the lower left and Jupiter in the upper right.

Here are a couple more pictures.

I wasn’t happy with any of my pictures of just Venus and Jupiter, so I won’t be posting those.

I hope to be out shooting again tomorrow night, when the Moon joins Venus and Jupiter to form a small triangle. I plan to dress warmer that time.