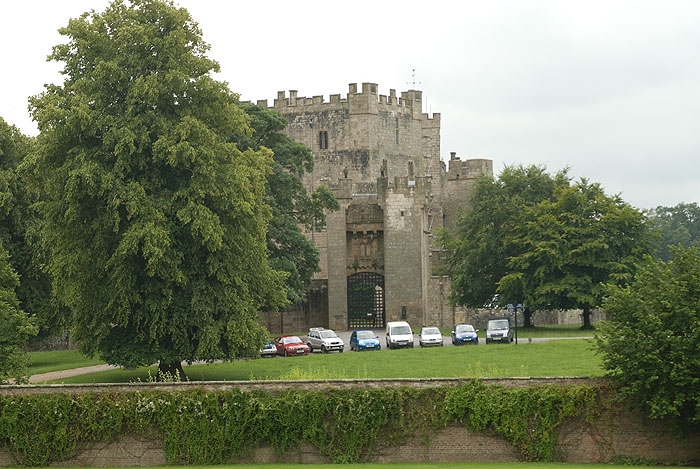 One of my favorite castles is Raby Castle in County Durham, England. Raby is a reinforced manor house from the 13th Century. It was the ancestral home of the Neville family, to whom I have relations through my Conyers line.

I’ve been reading a book on the design and technology of castles, and I wondered if Raby had every been under siege. Naturally, the first place I looked was Google.

I found references to a siege at Raby in 1648, but I was unable to find any details on this event. So, I fired off an email to them via their website.

Clare Owen, the curator at Raby Castle, got back to me with the following:

In 1648 the Castle was besieged by the Royalists and the Parish Register of Staindrop records that on August 29th a “William Joplin, a soldier slaine at the siege of Raby Castle, was buried in the Church”. A memo from the time states “Many soldiers slaine before Raby Castle, which were buried in the Parke and not registered”.

It is believed that the skeletons of these men were found in 1775 when workmen were digging a ‘ha ha’, or sunk fence adjoining Slaughter Close, which is in the South West corner of the Park, about two miles from the Castle.

Ms. Owen said that she got this information from an old Guidebook for Raby and this is literally all that it says. She does not know of a source that says more.

So, I’ll put it out to the internet: Do you know where I can find more on sieges at Raby Castle? If so, please either contact me or comment on this post.