A new humor meme worked its way around the interwebs over the last day or two: 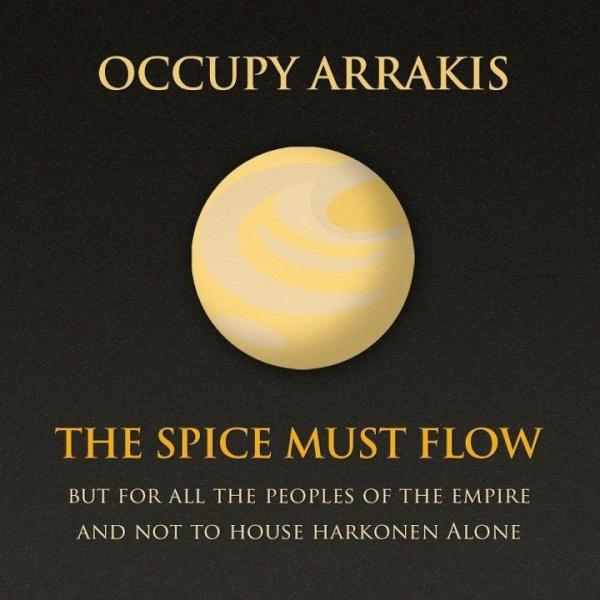 Knowing the great humor creation system that is called Twitter, I looked there for some great lines. Here are my favorites.

10. @JoeTheDough: Datapoint: Of all the dumb #Occupy$thing jokes, the one I wish I’d thought of is #OccupyArrakis

9. @mergryphon: Let the People have SPICE!

8. @markjeffrey: But I wonder if cops will say my stillsuit is a ‘structure’ and arrest me?

7. @kannibal: As for me and my Sietch, we shall bring fresh Worms to this meeting

5. @BrianPCombs (Yes, this is my own line): The corporatist Atriedes and Harkonnens both are tools of the Padishah Emperor Shaddam Corrino IV’s hegemony.

3. @napadude: End the tyranny of House Corrino and the Harkonnen spice monopoly.

2. @nshaulis: it’s annoying to see all the Atreides supporters co-opt the #OccupyArrakis movement. The Fremen have been occupying for generations now.

1. @dampersand: House Corrino makes up 1% of the population, owns 99% of the universe’s spice.

Just a disclaimer: I can’t say these people actually wrote their lines. They might well have coopted it from someone else.

Hat Tip to my buddy Rick for being the first person I saw post this.