After an unexpected bye week due to Hurricane Ike, yesterday saw the return of Longhorn Football to Austin, with another game against Rice. The Owls have been improving over the last few years, and they came in with high expectations.

The wife and I headed down to campus early enough to hang out in the tent for the University of Texas Club and listen to the live band. The music was being performed by Dysfunktion Junktion, an Austin band, and one of my favorites. That’s Adrian Cardenas on the bongos. His brother Jerry and I grew up together. 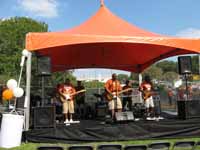 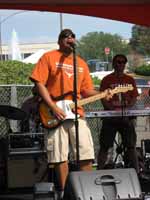 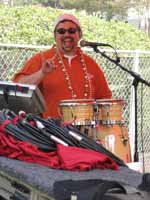 If you’ve never been to a UT home game, the pre-game program is quite the show, with the Longhorn Band marching in, and the team running in complete with fireworks and smoke. 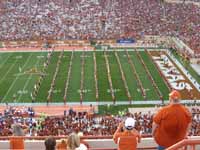 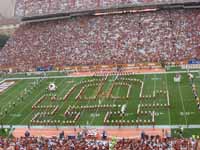 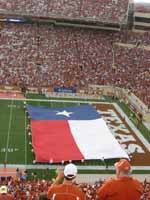 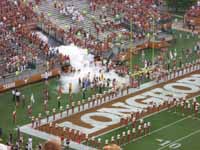 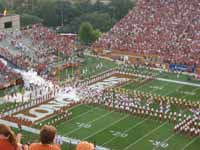 It was Alumni Band weekend, which is always a great show. 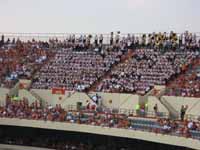 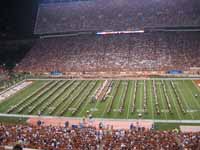 And, best of all, Texas dominated the game. The top highlights were a flea flicker from Colt McCoy to Jordan Shipley and a twelve-play goal-line stand, resulting in no points for Rice. 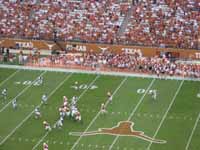 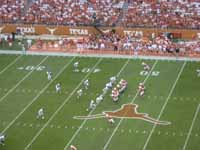 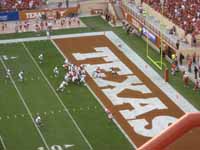 The low point in the game was an injury to tight end Blaine Irby. From our lofty seats, it didn’t look that bad, but they put a lower leg immobilizer on him and carted him off. Reports online are that it looked horrific on the television. No formal reports yet, but it sure sounds like a season ending injury at least. Hope he makes a quick and complete recovery.