The web is on fire this afternoon with the news that Amazon is buying Zappos. The deal is reportedly worth more than $800 million in cash and stock. 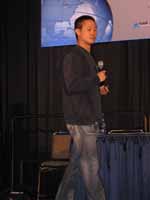 From the Zappos perspective, the deal makes a lot of sense, at least in the short term. I expect the recession has been hard on Zappos, and things probably haven’t been comfortable there since before their layoffs last November. The backing of a behemoth like Amazon would certainly be welcomed. And as long as they are allowed to operate as an independent entity (which will certainly change at some point), the day-to-day impact should be reasonable.

It’s unclear what Amazon gets out of the deal, however. They already have their own shoe store under the name Endless.com.

Details on Zappos revenue are a bit hazy. They revealed in a press release celebrating their ten year anniversary that they reached the $1 billion mark in revenue in 2008.

Amazon (NASDAQ:AMZN) had $19.92 billion in revenue for the trailing twelve months. While Zappos provides only about a 5% uplift in revenue, they got Zappos at around a 4:5 price to revenue ratio. That’s not too horrible.

I think the biggest concerns are cultural.

Zappos is famous for its world-class customer service, while Amazon would like nothing more than to never, ever talk to a customer. They’d rather it all be handled online.

At some point, these conflicting goals will have to be reconciled.

I expect that free shipping and surprise shipping upgrades will go away at that time, if they haven’t already.