Advice to the Wife: You don’t want to keep reading, much less look at the pictures in the posting. You have been warned.

Just south of New Braunfels on Interstate 35 is a reptile park that has been both fascinating people and creeping them out for more than four decades. Opened in 1967, Snake Farm was purchased by Eric Trager in December 2007 and has been renamed Animal World and Snake Farm, although the reptiles are still the star attractions.

Note: Click on each thumbnail for a larger version of the image. 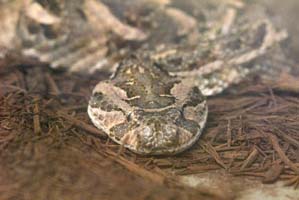 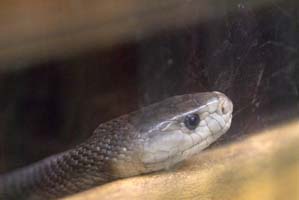 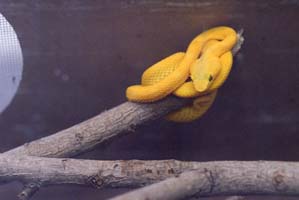 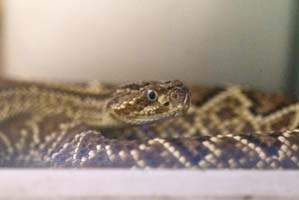 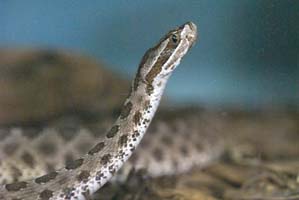 They also have a growing collection of mammals and birds, many of whom are rescues of one sort or another. I’m personally more into the herps, so I didn’t take too many pictures of these guys.

Plus, taking pictures through fences of animals who are just sitting there doesn’t do much for me. I hear that they’re planning on expanding and creating more natural looking enclosures, but I do not know the time frame for that, or if the fire they had a few months back is impacting those plans.

The highlight of the afternoon was the feeding of the crocodilians. They do this every Sunday afternoon at 3pm during the warm months. Being cold-blooded, crocodilians need heat to help with the digestion of food.

If you saw the episode of Dirty Jobs at Snake Farm, you saw Mike Rowe become well acquainted with the crocodilian tank.

Trager feeds the crocodilians chicken pieces that he claims he purchased from Wal-Mart that morning. He was emphatic that they were not harvested from the countless chickens running around the property. 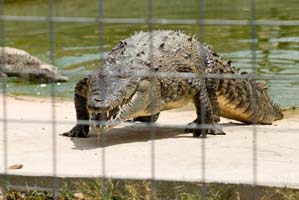 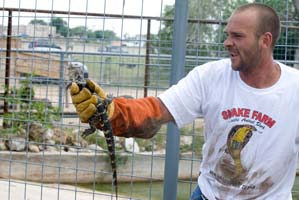 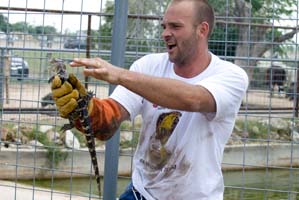 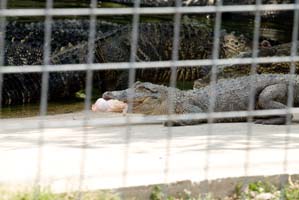 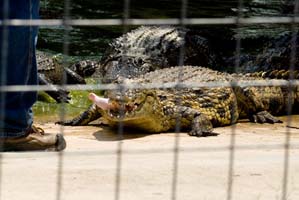 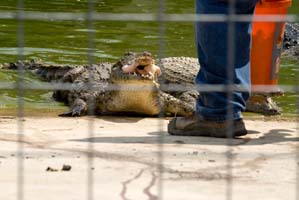 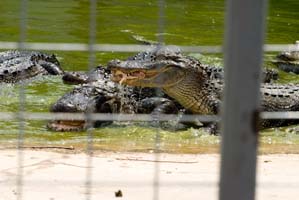 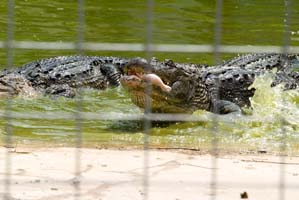 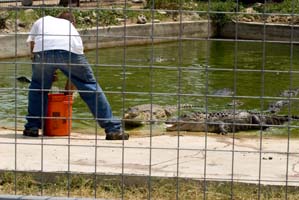 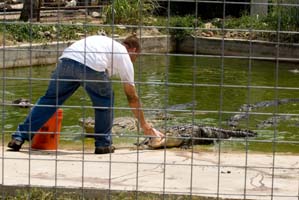 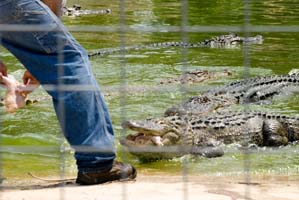 After Trager fed the outside crocodilians, he took everyone inside to watch him feed the salt water crocodile. While not yet fully grown, this guy is way too aggressive to be kept with the others.

As soon as the salty heard the bucket of chicken hit the floor, he hit the door. As soon as Trager opened the cage door, he stuck his head out to eat. Anyone within reach would have been just as tasty too him as the chicken, I imagine.

I ended up being about four feet away from the critter. Closer than was comfortable, but more importantly, on the edge of my minimum focal distance for the lens I had on, so the focus on this is a bit sketchy. A wide angle lens would have been better, but I didn’t have time to swap. 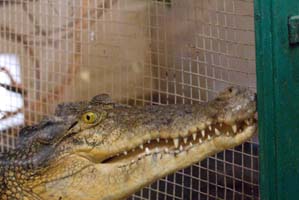 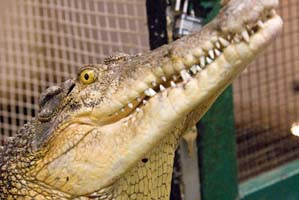 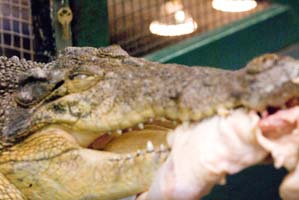 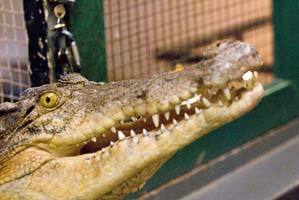 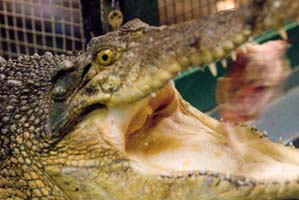 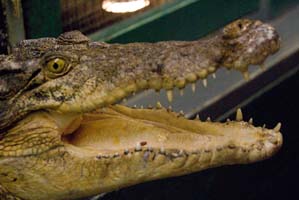