Apple Computer announced yesterday that this January’s Macworld Expo in San Francisco will be the final one in which it is involved. And CEO Steve Jobs will not even deliver his traditional keynote at the event next month.

The east coast Macworld Expo (originally in Boston, then moved to New York City, and finally moved back to Boston) was cancelled after the 2005 event.

Macworld Conference & Expo has thrived for 25 years due to the strong support of tens of thousands of people in the Mac community worldwide who use [Expo] as a way to find great products, partake in professional development training and cultivate their personal and professional networks. We are committed to serve their interests at the Moscone Center, January 4-8 2010.

Unfortunately, I don’t see Macworld Expo surviving long, perhaps not beyond the January event. I expect many exhibitors will use Apple’s announcement as a reason not to sign up for the 2010 event. Some may even back out of the 2009 event. Sure, they won’t get their booth fee back, but anyone who has managed tradeshows knows that this is far from the bulk of the expense of an event.

At best, future Macworld Expos are likely to only be a faded simulacrum of what it used to be. I’m really quite saddened by all this. I have many (mostly) fond memories of Macworld Expo, including: 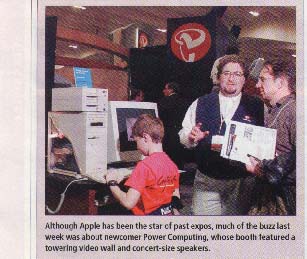