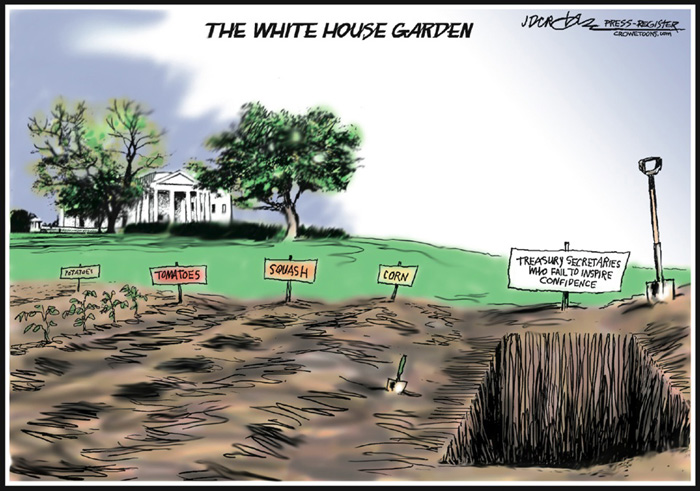 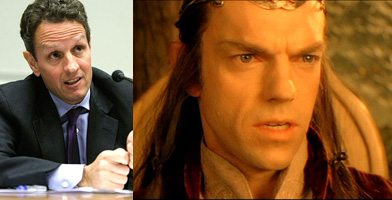 #Obama Administration #Political Humor #Tim Geithner
I was moderately positive on the nomination of Tim Geithner for Treasury Secretary, giving him a "B" when I graded Obama's appointments. Since the appointment, however, he's been less than impressive. First up was his little tax problem. No big deal. I'm sure there would be no negative ramifications if any of the rest of us owed $17K in taxes and interest from five years ago.
#Banking System #Barack Obama #Financial Crisis #Tim Geithner
The Washington media has been abuzz the last few weeks with the news of tax problems by two of Obama's Cabinet appointments. Most recently, Health and Human Services nominee Tom Daschle somehow missed $128,000 in taxes and another $15,000 in penalties and fees. Prior to that, it was revealed that Tim Geithner is not good enough with money to figure out his own taxes, but too good with money to not be appointed Secretary of the Treasury.
#Income Taxes #Tim Geithner #Tom Daschle