The Wife and I went to see John Caparulo at the Cap City Comedy Club last night. John has appeared on Craig Kilborn, The Tonight Show, Blue Comedy Tour: The Next Generation, and a half-hour special on Comedy Central. But the WIfe and I know him for his regular appearances on the Round Table on Chelsea Lately.

There were a pair of warm up acts. both of which has some funny material and some that was not so funny. About what you would expect. I don’t remember their names, unfortunately.

John’s stand-up is in the observational humor vein, covering topics such as tandem sky-diving, riding in the pace car at a NASCAR event (in a Toyota Camry Hybrid), and why he hates Halloween (but loves candy). After looking at his Twitter feed, it’s clear that he’s using new material from recent events in his life.

We’ve now seen three of the comedians from Chelsea Lately, including Chelsea Handler and Josh Wolf. John was certainly the funniest, but Josh was quite good as well. (We were actually underwhelmed by Chelsea.)

John has two more shows tonight, at 8:00pm and 10:30pm. It seems like tickets are still available, according to the Cap City Comedy website. 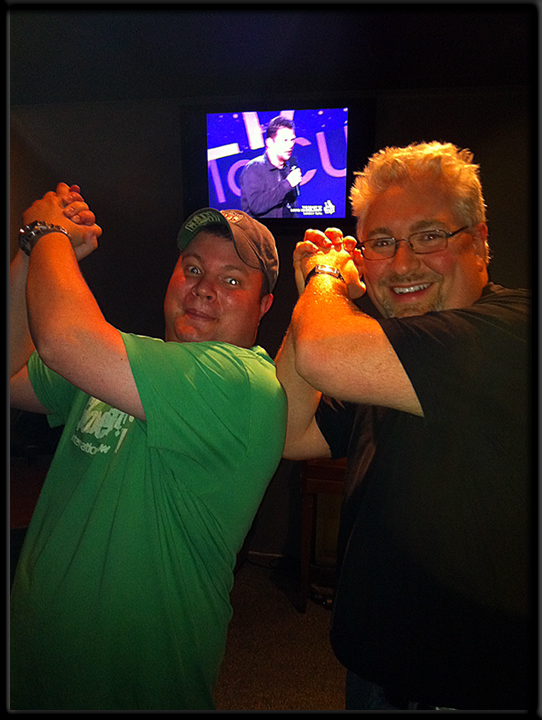 Note: The photo was taken by The Wife on my iPhone 4.