Note: This post is part of a continuing series of biographies of and interviews with the people who made things happen in Austin’s early internet history. 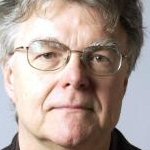 Jon Lebkowsky (“JonL” to those that know him well) is a longtime writer and thought leader on the topics of technoculture, technology policy and digital convergence. He was one of the early members of the WELL, one of the first online communities, and has been a regular contributor to Mondo 200, bOING bOING, and Wired.

JonL was a co-founder of FringeWare, a store in Austin, Texas for technology products of an unusual nature.

After the raid on Steve Jackson Games, JonL was instrumental in the creation of EFF-Austin, and has served as its president on and off over the years.

As one of the earliest bloggers, JonL is now solidly ensconced in the world of social media, and is co-founder of consulting and training firm Social Web Strategies.

Brian Combs: When did you first get onto the internet?

Jon Lebkowsky: I devoured the Whole Earth Catalogs and their quarterlies (Coevolution Quarterly, later Whole Earth Review and Whole Earth Magazine), and around 1984-85 I learned that they had set up a bulletin board system. I had limited experience with computers at that point, but had showed a real affinity – however I wasn’t really that interested until I read Stewart Brand’s description of that system, and learned about connecting computers for conversation. This was the WELL (Whole Earth ‘Lectronic Link), which was the seminal online community. There were a lot of BBS’s, but they tended to have geek appeal, whereas the WELL was more diverse. I had always wanted to hang out with the Whole Earth folks, and write for them, and this looked like a way to make the connection. We bought a PC’s Limited Turbo computer with a 300 baud modem (PC’s Limited later changed its name to Dell Computers).

I learned the ropes on local BBSs, and became a regular at SMOF-BBS, where Bruce Sterling, Lew Shiner, and Mike Godwin were also hanging out. SMOF hosted science fiction conversations – it was an acronym for “Secret Masters of Fandom.” I also hung out at Illuminati BBS, operated by Steve Jackson Games (though I wasn’t a gamer, just there for conversation). Eventually I dialed the WELL – a long distance call to Sausalito, back when long distance calling was expensive. I found various ways to reach the WELL, all more or less expensive. The WELL connected to the Internet, and I met John Quarterman and Smoot Carl-Mitchell via EFF-Austin, and they gave me my first Internet access via Texas Internet Consulting – at no cost. I could connect to the WELL via Telnet and hang out as much and as often as I wanted. Quarterman mentored me, so I learned a lot about the Internet and Unix systems from him.

JL: Paco Nathan and I were aware that there were developers building innovative software and other products, fringe technologies, and unable to bring their products to market due to cost and other barriers. We figured we could come up with a way to sell products online. The NSF operated the Internet backbone, and there was an acceptable use policy prohibiting commercial activity – this was before anyone had thought about ecommerce. I said that we would be selling “fringeware,” and the name stuck. We decided that, as a first step, we would start an email list where we could talk about our intentions. We set that up, and Paco built an email manager, and we got the word out via Usenet, the WELL, etc. The list grew quickly, and all sorts of fringe conversations broke out – the posts that were coming over the list were a lot like the stuff you see at boingboing.net today – not surprising since Paco and I meet as associate editors of the hardcopy zine, bOING bOING. We focused on building community and put commerce on hold initially as we found fringe products we could sell. When we had a few, we decided to publish a catalog, then decided to make it a magazine, inspired by Whole Earth Review and bOING bOING, among others. We put the catalog in back (something I’d seen in a magazine I’d grown up with, Famous Monsters of Filmland). That was FringeWare Review, which Mark Frauenfelder called a “magalog.” Soon enough web technology appeared, and we saw the potential to put the catalog online. We built what was probably the first ecommerce system, but the bankers wouldn’t let us accept credit cards online – there was no encryption at that point. Instead we opened a store inside New Bohemia, and continued the mail order biz via the magalog. The magazine had an international distribution, a growing subscriber base, mostly attributable to our growing online reputation. (At one point we were pretty well known in Norway, but nobody in Austin had heard of us.)

It was quite a ride.

BC: You’ve written for a number of the hip high-tech magazines of their day, including Mondo 2000 and Wired. How does one get that gig?

JL: I met the Mondo and Wired crews on the WELL. In fact, I was in a private conference on the WELL where a bunch of us were advising Wired before it launched. I wrote less for Wired than Mondo, but I hosted the Electronic Frontiers Forum at HotWired, which was a nice gig. We had guests every week talking about cyber liberties issues. I got involved with net.politics, and hung out with guys like Shabbir Safdar of Voters Telecommunication Watch, Jonah Seiger of the Center for Democracy and Technology, and Todd Lappin of Wired’s Netizen. We all met at the Conference for Computers and Privacy every year and hung out, and one year (I think 1996) Ed Cavazos and I, working with Mark Lemley at UT Law, got CFP to come to Austin. Because I was making a lot of connections, I had more and more opportunities to write.

BC: You were one of the founding members of EFF-Austin, and were involved with it for several years. What caused you to follow that calling?

JL: I had been working for a government agency and had been getting my head around policy and how it’s formed, how bureaucracies are organized and how the law works. I had an interest in political activism – having grown up in the Vietnam era and been somewhat involved in various counterculture scenes. I was kind of a left-leaning libertarian, and I recognized and shared Barlow’s concern about legislators, prosecutors and cops trying to create and enforce policy related to technologies they didn’t really understand. The Steve Jackson case was in my face – I was online the night word spread – we were hearing about it on SMOF-BBS, where Steve logged in and explained what happened – I recall that he was more bewildered than pissed at that point, but as it was clearer what was going on, a bunch of us were properly outraged. Godwin was just leaving Austin to join the EFF, and he got word of the case right away and understood the implications. Steve went off to CFP and meet with EFF, as I recall, and came back with the idea of forming an alpha chapter, with Mitch Kapor’s blessing. A bunch of us went to Steve Jackson Games for a picnic. Earl Cooley (Shiva of SMOF-BBS) and I picked up a yard-long sandwich and took it as our contribution. Steve stood on a table and gave a rousing speech, and called for volunteers for a board. I stepped up readily, and was involved in all sorts of initiatives, discussions, events, etc. thereafter.  I’m thinking about writing a history of the Internet seen through my eyes – I was kind of a Zelig of the Internet, it seems like I was hovering close to many big events along the way. For me it was always an exploration of what it means to be free, and where the lines have to be drawn between my freedom and yours.

BC: What was the most import thing accomplished by EFF-Austin when you were there?

JL: Actually, I’m still there – we’re still functioning. I think the work we did to organize against the Communications Decency Act was pretty important, and our work as part of the Global Internet Liberty Campaign pushing for free speech beyond U.S. borders. And our events were pretty great. Our involvement in Robofest – also FringeWare’s – the last 3-4 Robofest events were signficant.

BC: No doubt you’ve been involved with hundreds of Internet/Web projects over the years. Of which are you most proud?

JL: FringeWare, of course, was a big deal, and we had an online magazine called TAZMedia that I edited – that was really a lot like an early blog. I thought Howard Rheingold’s Electric Minds, where I was a host, was a great project, really ahead of its time. The Electronic Frontiers Forum was very cool, too.

We did great work building an early, innovative ecommerce site when I was at Whole Foods Market, and I was really proud of the online community we built, unfortunately lost to the dotcom bust – you can’t see any vestige of that work today.

Oh, yeah – this isn’t an Internet thing exactly, but it wouldn’t have happened if I hadn’t been online: I edited part of the Millennium Whole Earth Catalog; that was a dream come true. And I worked with the Whole Earth team when they came to a publisher’s conference in Austin, and organized a Virtual Communities miniconference that they sponsored, where Howard Rheingold, Tom Jennings, and Sandy Stone spoke. While they were here, I shared a bowl of Wavy Gravy ice cream with Wavy Gravy. *8^)

BC: What web projects are you working on currently?

JL: David Armistead, Dave Evans and I have a company called Social Web Strategies where we do consulting and training about the social web – social media marketing and social business. And I’m cofounder of an events and entertainment company called Plutopia Productions, working with Derek Woodgate, Maggie Duval, and Bon Davis. I blog at Weblogsky.com, and I have a bunch of other projects, including EFF-Austin, which is still around. I was also cofounder of the Society of Participatory Medicine. I’m really interested in healthcare information systems, how to open those up, a real challenge especially given privacy concerns.

BC: Other than social media, what are the most important things happening online today?

JL: I don’t know that you can disconnect anything important that’s happening from social media, it’s sort of the nature of the beast. Patient communities and patient empowerment by access to more information, I’d say, and evolving systems for managing personal health information. Also the reinvention of journalism, which is a fascinating process. Digital convergence in general is interesting. The migration of television to the Internet is something I’ve been watching with interest. The whole field of entertainment’s been turned upside down – at Plutopia Productions we’re thinking about what’s coming – how people will expect media to be free but will pay for live experiences.

BC: Other than social media, what should we be watching for (or watching out for) on the Internet in the future?

JL: I think we’re in the midst of a transformation – traditional economic and political strategies aren’t working, we’re in transition from command and control to network modes of organization, climate is changing, shortages of various kinds are imminent – scary, challenging transformations that demand innovation. The social web is catalyzing change in what it means to be social, online and off, and we can hope that we can form the kinds of connections and relationships we need in order to survive whatever difficulty is before us.